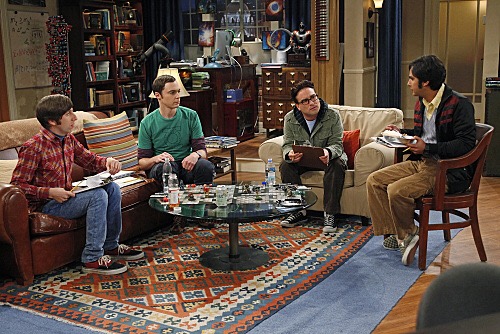 The comedy TV show have the highest paid actors in the world according to Forbes.

Jim Parsons the actor of plays Sheldon earnt more than his co-stars, reportedly raked in $40 million between 2014 and 2015.

The Big Bang Theory is one of the biggest comedy shows in the world at the moment.

The contract negotiations that helped Jim Parsons snatch the top spot and co-star Johnny Galecki the second, with $27 million. The negotiations also helped fellow cast members Simon Helberg and Kunal Nayyar get onto the list with both getting $20 million each. The erstwhile Howard Wolowitz and Raj Koothrappali saw their salaries get boosted from $100,000 per episode to a reported $800,000.