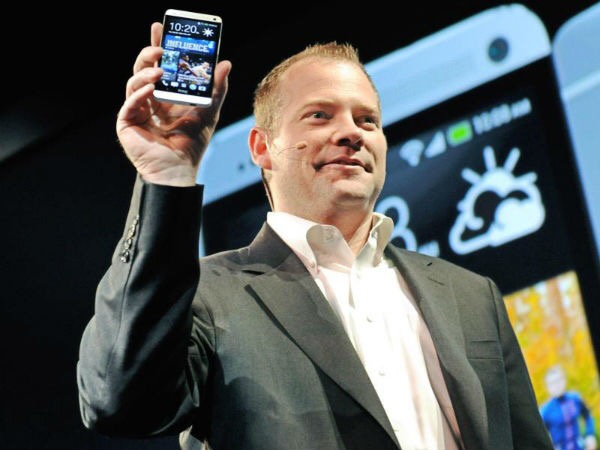 Jason Mackenzie is President of HTC Americas, responsible for all of HTC’s business operations in the U.S., Canada and Latin America. He has held his current position as president of HTC Americas since 2013 during which he has been instrumental in the expansion of HTC Americas, which today numbers more than 425 employees and contractors.
Since joining HTC in 2005 as a founding member of the Americas leadership team, Jason has held a number of key positions, led HTC to strong results and overseen many important industry firsts, including launching the first Android phones at Verizon, Sprint and T-Mobile; and the first 4G and LTE smartphones at every major operator in the US and Canada.

He began his career with HTC as executive director of sales leading the development of the sales organisation including building the field sales team and account management structure for HTC Americas; and directly managing Canada, the distributor businesses and the T-Mobile account. Jason is credited with growing the T-Mobile account into the number one sales account in the world for HTC. In 2007, he became vice president of the Americas region. In 2010 he was named President and soon after led HTC to the number one position in U.S. marketshare in Q3 2011. In late 2011 through 2013, he shifted to global leadership roles overseeing sales and marketing operations to develop a channel sales organisation for HTC globally.

Prior to joining HTC, Jason held sales and marketing positions with DENSO Wireless and Siemens Communications. While at DENSO Wireless, Jason helped launched the successful Touchpoint branded product franchise with Sprint. As Vice President for Siemens Communications, Jason was directly responsible for establishing a business relationship with T-Mobile USA, which led to the best selling phone for Siemens in North America, an exclusive for T-Mobile called the CF62.

Jason earned a Bachelor’s Degree in Business Administration from Point Loma Nazarene University in San Diego, where he was also a four year letterman on the basketball team and ranks among the top 10 all-time scorers in school history.

1) Why are Apple and Samsung in an untouchable elite group where rival companies such as HTC are unable to compete?

No one is untouchable. We’ve seen industry giants – like Nokia and Blackberry – completely disappear. When companies feel like they’re untouchable and begin to act like it is usually the first step in a downward spiral. Apple locks consumers into their world, holds a tight fist over what they can and can’t do on their phone, charges them a ton of money for everything and makes it difficult for them to leave. Samsung has proven that you can buy market share but that is only temporary in most cases.

HTC has a different perspective. We think the phone should be yours and we think you should be treated right. That’s why we offer an unlocked phone that you can use on the carrier of your choice, provide you with UH OH protection on your phone so that if you break it, we replace it; and provide you with more customization than any of the other guys so you can truly make it your phone. We believe this is the right way to do business, and that consumers are smart and will begin to see us as the reputable option and the company with which they want to do business.
2) Where is HTC stronger than Apple or Samsung?

HTC has been shaping the smartphone industry for 17 years. We’ve always been the company to pioneer mobile technology and are credited with many of the firsts that define the smartphones consumers use today – the first touch screen display, all-metal design, and the first smartphone! But that is all the under-the-hood stuff that individuals can’t see.

We are stronger when it comes to delivering the experience and capabilities that individuals can see and expect from their phones today including great design, amazing sound and the ability to make it your own. HTC is known for design. We were the first to develop the all-metal unibody design with integrated antenna lines, and we were the first to develop a super slim smartphone. We are also the only smartphone company in the world who invests to ensure you have a great sound experience on your phone. With the HTC One A9 we built in DAC and DSP to get high resolution sound like you’ve never known before.

We provide our customers with industry leading UH OH protection. If anything happens to your phone in the first year of ownership – we will replace it for free, no questions asked. This stands in stark contrast to our competitors who are all too happy to charge you for a service you may never use only to give you the right to pay $100 or more if an accident does happen. It is an injustice that in the first 7 years of iPhones, consumers spent $23.5 billion repairing or replacing their iPhone.
3) Why aren’t we seeing more of HTC?

We are a relatively young brand but one that is on the rise. Our smartphone line up is growing…not only with the HTC One A9 just announced, but we are having tremendous success with our Desire line of smartphones. The Desire products we launched in July are now widely available in major retailers like Walmart, Target and Best Buy, and at pre-paid or post-paid carriers such as Cricket, MetroPCS, AT&T, Verizon, Sprint and T-Mobile. These products are an on-ramp to our flagship products – the HTC One M9 and the just-announced HTC One A9.

A new set of consumers are becoming familiar with the HTC brand because of Vive, our virtual reality product that is being developed with category leader Valve. Vive is widely considered the biggest WOW in technology as it provides a next-level VR experience that is unlike anything else out there. It has quickly become the benchmark for virtual reality and we are excited to introduce HTC innovation and technology leadership to an entirely new category of consumers.

We are also about to make some serious strides in the fitness category. We partnered with Under Armour – one of the hottest brands out there – to deliver a suite of health & fitness products in early 2016.
4) HTC runs on Android, why do you think that platform is the right strategy to combat Apple and Samsung?

First of all, HTC started Android. We were the first to launch Android. In fact, we launched multiple Android products before the next competitor jumped on the bandwagon. It works for us because it allows us to provide freedom to our customers, allowing them to make the phone their own. We stands in stark contrast to Samsung who preloads so much bloatware that it makes the customer feel like they just bought a Compaq computer in the early 2000s.
5) Where will HTC be going in the future?

Smartphones are key because they are your personal hub for everything around you, but VR is also super exciting to us as we see the technology being far more than just for gaming or entertainment. It has so much potential to change every aspect of how we learn, work and explore. For example, imagine police officers and medical professionals being able to simulate situations to improve decision making skills, providing a student the opportunity to explore other cultures versus just reading about them, and being able to see a building or home before the first brick is laid.
6) What advice would you give to young entrepreneurs who want to start a business?

HTC is in a very competitive category but we’ve stayed true to our principles and that has always helped us compete and stay relevant with consumers. We always focus on the customer and solving their problems. We challenge ourselves to bring a unique point of view and meaningful innovation to all our products, and create products that are beautifully designed and provide an amazing user experience.

We would like to thank Jason for speaking with us.