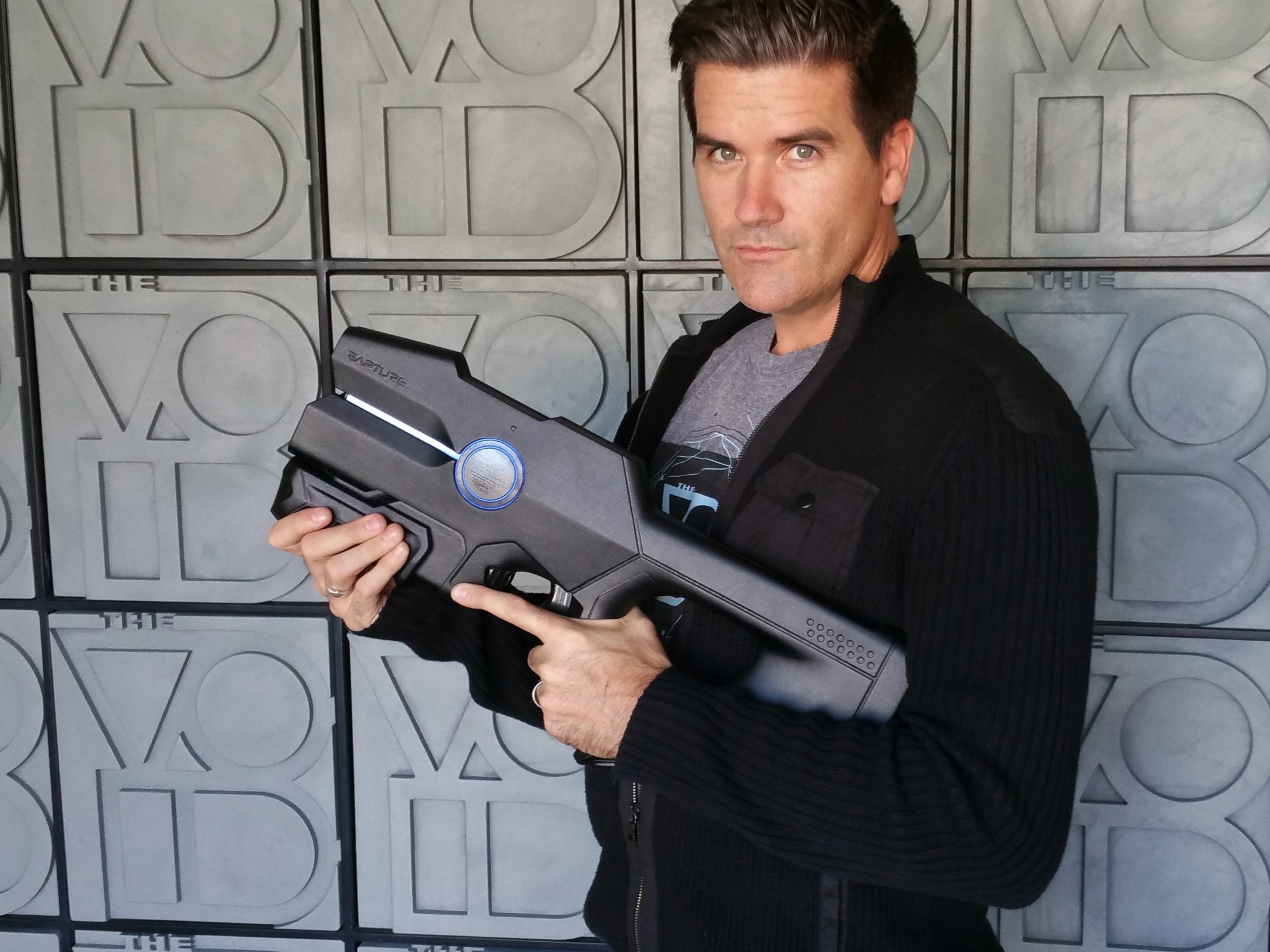 In 1998 James joined Candesa Interactive, one of the larger Internet development companies in Utah at the time. He served for 2 years as their multimedia director with a team of 5 people completing projects for clients like Sony Entertainment, Dreamworks SKG, Sci Fi, Novell, Microsoft, 3Com, Iomega, HP, SUN, Symantec, Hitachi Data Systems and Citibank.
Between 2001 and 2002 when the big internet crash happened to all interactive companies doing business at that time, James broke off from Candesa Interactive with a small team and started a company called Sandman Studios in his backyard office.

In 2008 James started to partner with other companies and individuals to place new products into the web world. The design and web application of NapkinJournal.com was completed in the 3rd quarter of 2008 with its easy to use video journal tools. This new site gave users the ability to record their most precious thoughts in an easy to use, timeless format, web video.
In 2012 James contracted with the LDS church to bring the Bible Videos IOS app to the world. Creating real-time interactive 3D mobile environments for mobile users to explore.

James later joined the founding team of The Void and he is now the CTO.

1) How did you come up with the idea of The Void?

Around 1998 I was working on a visual effects film and we were pioneering a some new tech that would allow the director of a movie to see on a monitor, a computer generated version of a scene on a blue screen set in real time. This allowed the director to move the camera feely while being able to see a rough of what the shot would look like with the actor in realtime. We could place blue painted items on the set that the actor could interact with, in this case we had created a railing that the actor placed their arm on in the shot. It hit me at that time that we could map a virtual world over a physical space. Over the next 15 years I researched, designed and followed developments in HMD’s and virtual reality, hoping and waiting for the right moment and partners for this idea to come to reality. Early in 2014 I met up with Ken Bretschneider and Curtis Hickman, they were working on a immersive theme park called Evermore at the time and were looking for some help to visualize the park in 3D, they hired me on and I brought in a team of talented artist to create a digital version of the park, while working with them on that project I was asked if I had any ideas for a attraction in the park? I had waited for this moment to come and when it did I jumped at the opportunity to explain my research and idea. Both Ken and Curtis were excited to explore the concept and Ken provided the first round of seed funding for me to put together a team and prove that it would work. Ken and Curtis actually came up with the name THE VOID® and it fit perfectly. THE VOID® was born.

2) How will virtual reality shape the future?

THE VOID is everything. We are seeing even with the testing we have done over the last year we are tapping into areas in the brain/ learning that are huge! The different verticals for THE VOID are endless. We are focused on entertainment in the beginning but we have already had interest in education, medical, training, military, shopping, ex… It goes on and on.

3) Does The Void symbolize what gaming will be like in the future?

THE VOID® surpasses gaming but it would have a huge impact in the gaming sector. Imagine for a second that you have bought a ticket to see your favorite online team at a local stadium, when you arrive, the floor of the stadium is covered in VOID stages and your team is battling another team in an adjacent stage. As you view the entire stadium of 20,000 + people you see huge screens that show each players POV and score… yes.. THE VOID® will bring a version of e-sports that will blow peoples minds. Beyond the e-sports THE VOID® brings a whole new dimension to online gaming and living out your worlds and avatars at our centers. All our centers will be linked so huge multiplayer games could be played out all across the world.
4) Where will The Void be going next?

We have already learned so much from even just our alpha prototype, I believe THE VOID® will quickly become a leader in VR simply because we have the best testing ground for VR and a minimal cost for everyone to experience it. We will never stop innovating and doing R&D, THE VOID® will always bring the fullest virtual reality experience to the public. We call it “The full promise of VR” real presence in a virtual world. We are currently on a V4 Rapture HMD and Backtop™. Our global RF tracking system will be the first of it’s kind, it will bring a level of detail to VR that is critical in a multiplayer environment. Looking forward to opening our first center here in Utah end of summer 2016 and then out to the world 6 months after that. Over the next 5-6 years we hope to build 150 to 200 centers world wide.

5) What advice would you have for young entrepreneurs who want to start a business?
DONT GIVE UP. With each concept/ business you start, even if it’s not a success financially it is a success. You created something, you forged new relationships you have learned so much and it will help build they next idea. I can tell you to date with surety that the past ideas I have created have lead me to this point in my life.

We would like to thank James for speaking with us.